This book has been properly formatted, has a clickable Table of Contents, and is fully searchable (5,232 pages).

Coming from an Arminian-Wesleyan perspective, Whedon had a clear voice in the controversy between Arminianism and Calvinism of his day. Each Bible commentary includes the background, history, and word studies. 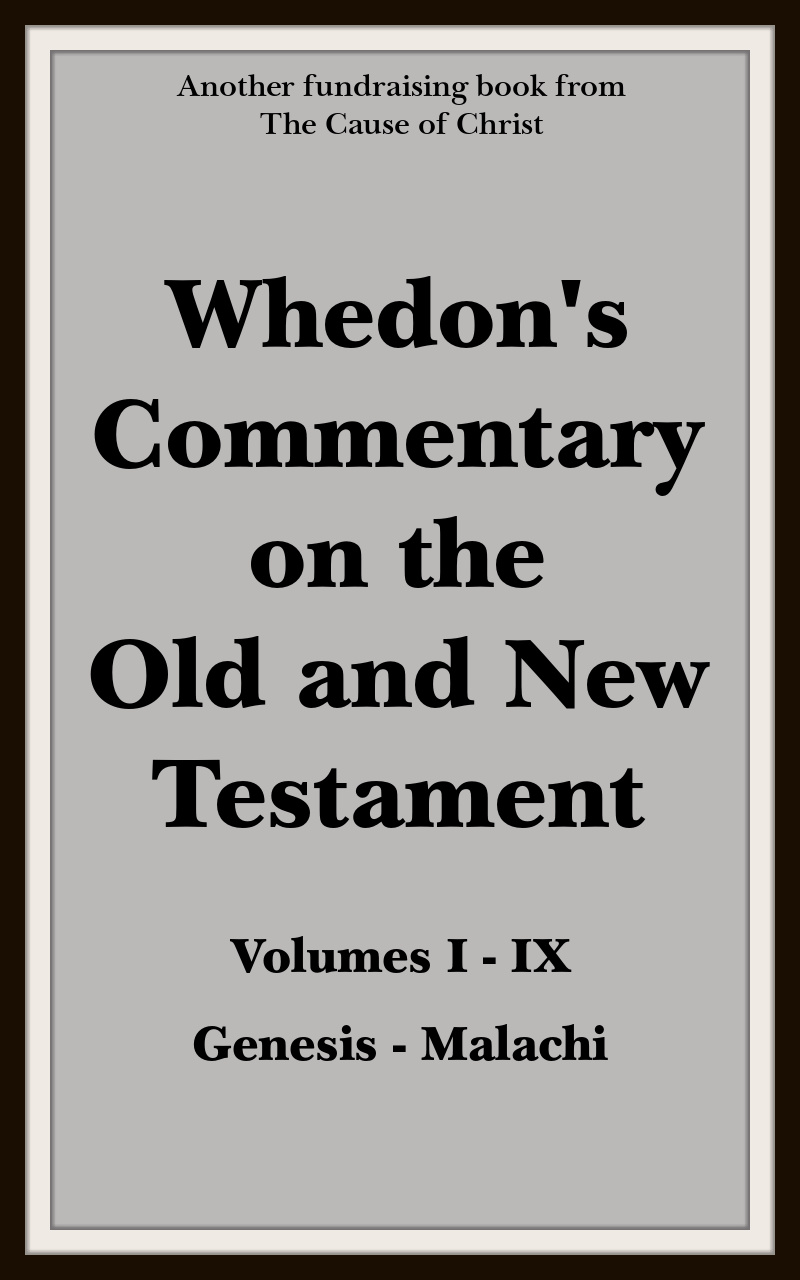 You're viewing: Whedon’s Commentary on the Old and New Testament – Volumes I – IX $2.99
Add to cart